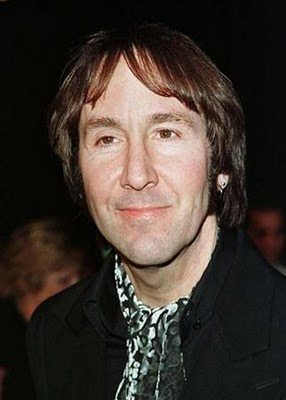 The lead singer of The Knack, Doug Fieger, who co-wrote the hit My Sharona, has died at the age of 57. Fieger, who died on Sunday at his home in Los Angeles, had been battling cancer, and had undergone surgery to remove brain tumours in 2006.

Got to see The Knack in probably 2002 at Epcot; still 3 originals, just a new drummer. Very friendly bunch of guys, and Doug was great. Sorry to see him go, but left me with the autograph below. 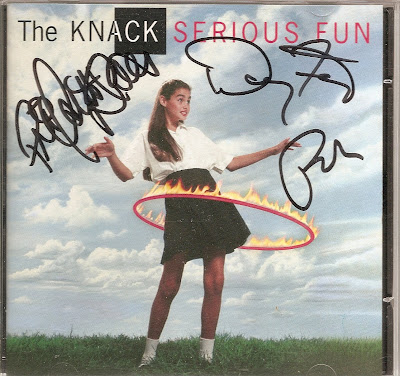 ROME WASN'T BURNT IN A DAY

by Joe Scarborough:
"...if I had earned $1 million every single day from the moment Jesus Christ was born until the year 2000, I would still not have earned enough money to pay off America's debt."
"Paraphrasing the modern philosopher Archie Bunker: Washington power is like beer. It can be rented, but not bought."
Saw Joe on Bill Mahr's Politically Incorrect once or twice, and not only is he an articulate Republican, he's also an intelligent one. Really.
Posted by tim 8>)... at 7:01 PM No comments:

REF/PAYMENTS CODE: CF&sc/02354 $300,000 USD. This is to bring to your notice
that we are delegated from the UNITED NATIONS in Central Bank in conjuction with
the WORLD BANK GROUP OF THE UNITED STATE OF AMERICA to pay you victims of scam $500,000 USD (Five Hundred Thousand Dollars). You are listed and approved for this payment as one of the scammed victims to be paid this amount, get back to this office as soon as possible for the immediate payments of your $500,000 USD compensations funds."
Hahahahaha...what could be funnier than a scam email purporting to make payments to victims of scam emails....hahahahaha!
Just how stupid do you think we are? But, on the other hand...how many people are responding to this actual email??
Posted by tim 8>)... at 8:00 PM No comments:

By Andrew Loog Oldham:
"(on Mark Wynter)"We shared the same room in a bed and breakfast near the studio. We had to be on set at 6 a.m., and every morning Mark would go through this marvellous little routine. He'd get up, creep off to the bathroom to wash, shave, put on a little make-up and fix his hair. Then he'd get back into bed and pretend to wake up again, yawning and stretching. Eventually he'd sit up and say, 'Well, Andrew, time to set off for the studios.'"
(Mark Wynter (born Terence Sidney Lewis, 29 January 1943, Woking, Surrey, England) is an English actor and former singer, who had four Top 20 singles in the 1960s, including Venus in Blue Jeans and Go Away Little Girl. He enjoyed a lengthy career from 1960 to 1968 as a pop singer and teen idol, but developed later into an actor in film, musicals and plays.)
Posted by tim 8>)... at 7:56 PM No comments: