DON'T MAKE ME BITE YOU! 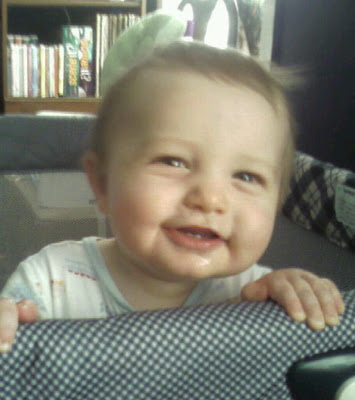 Actually saw this on a push-in sign a while back: "STOP SMOKING WITH LASER THERAPY" What's up with that? Do they laser your mouth shut permanently so you can't put a cigarette in? Do they laser out your eyes so you can't find your pack of cigarettes? Or do they use one of those James Bond laser beams and cut you in half and you never have to worry about smoking again...not to mention it'll take care of that weight problem too.
The wonders of modern science, what'll they come up with next, a laser bread slicer?

The German flying ace known as the Red Baron, Manfred von Richthofen, was killed in action during WWI.

Labels: this day in history

Now here's a funny one for you. Working in the garden yesterday, trimming the blue hedge-thing alongside the house. First you trim the front, then the top. Get a lawn & leaf bag and pick up all the cut-offs. When I was doing that, along came this yellow & red snake, you know, the one that looks like the poisonous one, but usually isn't. Well, it was close enough for me, and as I grabbed it by the tail to fling it away from the bushes I let out a holler that was probably heard in the next town. Then I called for Phyllis (around the back of the house) to get me the shovel so I could kill it. A few minutes later she comes strolling around the side of the house while I'm still keeping my eye on the snake, who's just laying there (probably wondering what all the hubbub is about). So I ask Phyllis: "What took you, didn't you hear me holler?", and she says... 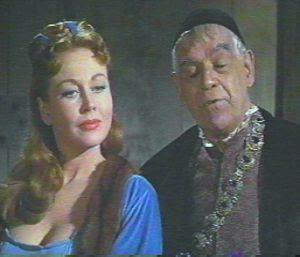 A lovely lady who co-starred in many 60s & 70s horror movies with Boris Karloff & Vincent price. Always enjoyable to watch, and what a great screamer. Of course, she'll live on forever, or as long as people watch old horror movies; she's in a big part of my dvd collection.
So now you can rejoin all you co-stars, and reminisce about old times together, young and beautiful once again...
Posted by tim 8>)... at 7:47 AM No comments:

Danny Federici, the longtime keyboard player for Bruce Springsteen whose stylish work helped define the E Street Band's sound died Thursday. He was 58. Federici, who had battled melanoma for three years, died at Memorial Sloan-Kettering Cancer Center in New York.
While not a fan of latter-day Bruce, Phyl and I saw him twice back in 1979/80, and Danny was an integral part of the E Street experience.
Bruce and the band were scheduled to play up the road in Orlando tonight, but postponed the show.
Sorry to see you go Danny...too young (it's always too young).
Posted by tim 8>)... at 4:23 PM No comments:

Here's on for you... Bought a new faucet tonite, apparently the old one was dripping loud enough so that Phyllis(I can hear a gnat fart at 100 paces) was awaka all night last night. So I went out and bought & installed a new one. Suprisingly, it seems to be working (knock wood). But I thought this was funny: On the side of the box (in 2 languages - what only 2?) was the following:
Easy 1 -2 -3 Installation
Toll-Free Help Line
Nuff said...
Posted by tim 8>)... at 7:50 PM No comments:

And to pile stupidity upon stupidity, now the State of Florida is getting ready to pass a law allowing people to bring guns to their workplace. Of course, the gun has to stayed locked in your car, for safety. What's wrong with this picture?
Point 1: If the gun is for your safety and an armed gunman comes into your workplace, what good is it going to do you locked in your car?
Point 2: If you get really pissed at your boss and/or coworkers, now you can go right out to your car, get your gun, and start shooting...
So once again the 2nd amendment and stupidity walk hand in hand down the trail toward more bloodshed and unnecessary violence...
Posted by tim 8>)... at 7:41 AM No comments:

OF COURSE IT'S GOOD FOR YOU

Why, you can tell by the picture below, taken at the 2008 Florida State Fair. 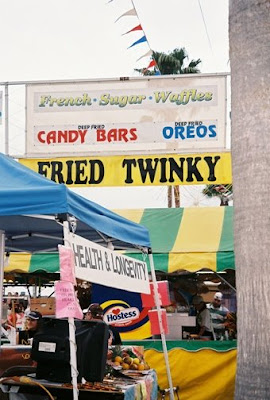 Oh yeah, the fried Twinkies were great!! And as you can see, they're good for "Health & Longevity". Hey, that's what it says...who am I to argue... 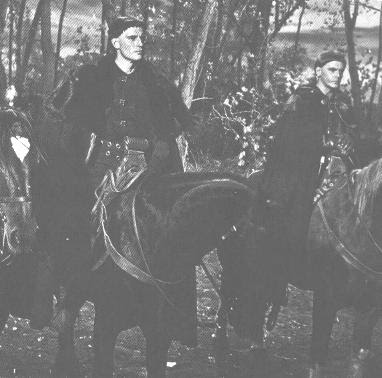 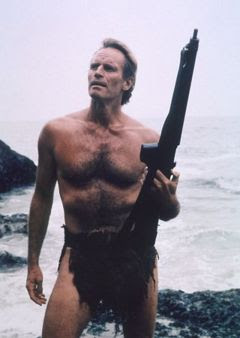 And despite the fact he turned into a right wing, gun-toting fascist, I still love some of his movies. Two of my faves, Planet Of The Apes & The Warlord. While one was more well known, the other is probably my favorite, and impossible to get on DVD. And of course, as Sir Charles Gordon in Khartoum, another of my favorites, he played a fanatic historical figure, much as Moses was in The Ten Commandments; both driven by God to deeds of fanatical greatness.

And I'm really sorry he died of Alzheimer's, a terrible way to go.

So Charlton, I guess you get to go up and chat with the real Moses now, and see what he thought of your performance...
Posted by tim 8>)... at 6:53 PM No comments:

HERE HE COMES...THE CREATURE IS LOOSE...

Yes, Young Master Ryley has learned to crawl; it's so cool. He almost did it at the Grandfolks house when we had him over this past weekend, but he couldn't quite get the hang of it. So, a couple of days later this video shows up in my inbox from the proud parents. It's so cool. What they don't realize, is now it never,ever stops...hahahaha

In the paper yesterday there was an interesting article about Florida prisons. Apparently certain lawmakers want to pass a law to be able to send prisoners out of state to finish out their terms when Florida prisons get overcrowded(instead of just releasing non-violent criminals like pot smokers and white collar criminals). Anyway, the prison system personnel don't want that; my guess is the prisoners might like living in other states and ask for transfers!
So, my solution would be to take a page from that great Lee Marvin movie The Dirty Dozen, and get criminals (especially the violent ones) to take the place of our soldiers in Iraq. That way, the good guys get to come home, the criminals get to kill and be killed, & the prisons will slowly empty out.
Hey, it worked in the movies...of course we might have to resurrect Lee Marvin to lead them, since he was one of the baddest of the badasses after all...
Posted by tim 8>)... at 4:41 PM No comments:

Labels: in the news...really, movies, my 2 cents

THIS DAY IN HISTORY

Labels: this day in history 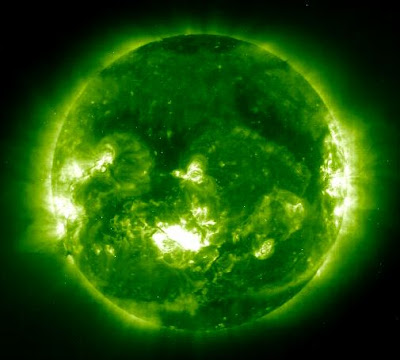