Driving by this well known restaurant on Havendale Blvd the other day, noticed
their ad sign out front. They're apparently running a special on something
called the 'Key West Sampler'. It's advertised as a 2 for 1 special...

Saw this movie at the Polk Theatre this weekend, what a fascinating movie.
Betty Page was the famous 'model' in the 50s who was in 'men's magazines' dressed in corsets, leather, spiked heels, etc. The movie progresses from her religious upbringing through to her being 'born again'. According to the movie, Betty knew that what she did conflicted with her religious upbringing, but did it because it was the one thing that God made her to do well.
The funny thing about the whole movie is that what she did for public consumption was pretty much tame by later standards; in the pre-Playboy days women wearing underwear w/whips, and posing for 'bondage' photos was deemed 'smut'. (Though oddly enough smut is actually a fungus that lives on corn kernels!)
So, a fascinating look at pre-permissive society, and a person whose fame came from just enjoying what she did(we should all be so lucky).
And the actress who played Betty did a phenomenal job, if you get a chance to see this movie, make sure you see it; or buy it on DVD.
Posted by tim 8>)... at 8:37 AM No comments:

And they just get dumber all the time. It seems out county government has seen fit to waste more money putting up stupid road signs instead of actually fixing the roads. This, of course, after raising the gas tax a few years ago to pay for road work. Which they did, of course, after the voter's turned down a 1 cent sales tax increase for the same thing. Anyway...

Two of the latest road signs? How about a pre-stop sign sign. Yup, that's right! Over the last few weeks I keep seeing these signs, about 75 feet in front of a regular stop sign, that is a yellow diamond with a picture of a stop sign on it. How dumb is that, since you can see the regular stop sign just pass the pre-stop sign! There's also a pre-speed limit sign, so when the speed limit drops from 55mph to 45mph, you now have that warning that the limit is dropping, just in case you get the urge to actually slow down early.
Because you know how well yellow traffic lights work...

And of course, the question is raised, should you stop at a
pre-stop sign sign, or just pretend that you're going to?
After all it is a picture of a legal stop sign...
Posted by tim 8>)... at 7:49 AM No comments:

Yeah, you might not know him, but maybe you do. He played the engine coolie
in The Sand Pebbles, the one who dies the 'death of 1000 cuts'. He was also
in Pearl Harbor, Conan The Barbarian & Conan The Destroyer. Plus he also guested on a bunch of TV shows over the years.
Never a famous actor, but a great actor nonetheless, he passed away on 7/21,
only 72 years old.
Sayonara,Mako.
Posted by tim 8>)... at 8:17 AM No comments:

Oscar Wilde: "Who's there!"

Lizzie Borden's birthday today, the famous axe murderess. She'd be 146 years
old today, which would make it a little hard to pick up that famous axe.
But, she was found not guilty anyway, so the doggerel should say...

Lizzie Borden took an axe
and gave her father 40 whacks;
When they saw what she had done
they let her off - 'just having fun'

Which is what they'd probably do today also; blame it on a cruel childhood (have you seen the corsets women had to wear? -now that's cruel!!).
Posted by tim 8>)... at 9:17 AM No comments: 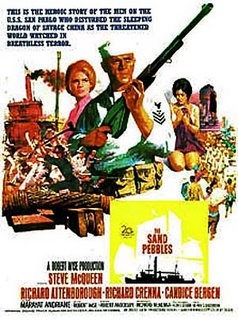 Watched this on TV last night, a great Steve McQueen movie about an American
gunboat in 1926 China. Of course, as more of an anti-hero, he dies at the end.
But it was a great movie anyway. And as a n interesting aside, Candice Bergen was also in it, which I didn't remember from when I first saw it in 1966. Coincidentally enough, she played a teacher named Shirley, which is the name of her character in the current TV show Boston Legal.
Posted by tim 8>)... at 7:49 AM No comments:

Little article in yesterday's paper...Pete Coors of the brewing family lost his driver's license after a D.U.I. arrest on May 28.

Wouldn't it be really funny though, if he had been drinking Budweiser?
Posted by tim 8>)... at 7:47 AM No comments:

Yeah, whatever...but the reason I can remember this is that it's my evil sister's birthday also. She's 50 today, but we don't care because she's almost always been a miserable bitch and cared nothing about mom & dad except getting money from them for her much older
loser boyfriend that she's been with for over 25 years (and he never even married her).
One of the only major mistakes I made in my life was picking her out from the orphanage in Hamburg,Germany, oh so many years ago.

Labels: my tales, this day in history

Barrett co-founded Pink Floyd in 1965 with David Gilmour, Nick Mason and Rick Wright, and wrote many of the band's early songs. The group's jazz-infused rock made them darlings of the London psychedelic scene, and the 1967 album "The Piper at
the Gates of Dawn" — largely written by Barrett, who also played guitar — was a commercial and critical hit.
However, Barrett suffered from mental instability, made worse by his use of LSD. His behavior grew increasingly erratic, and he left the group in 1968 — five years before the release of Pink Floyd's most popular album, "Dark Side of the Moon." He was replaced by David Gilmour. The album "Wish You Were Here" was written as a tribute to Syd by his (ex)fellow bandmembers.
Barrett released two solo albums — "The Madcap Laughs" and "Barrett" — but soon withdrew from the music business altogether. He spent much of the rest of his life living quietly in his hometown of Cambridge, England, where he was a familiar figure, often seen cycling or walking to the corner store.

No cause of death has been give, but Syd was known to have diabetes.
A damn shame, though I will admit that I never could get into "The Madcap Laughs" (I think he was laughing at the people who actually bought it), but his work with Pink Floyd was incredible, really great psychedelic rock. One wonders what music Pink Floyd would have mad if Syd had continued on with the band...

FUNNY STORY...(YOU KNOW YOU HAVE)

This is funny...I especially think so now.

Last Saturday night we went to Outback Steakhouse with Crystal; we were visiting with her in Orlando for the day. So, we went to Outback for dinner, the 3 of us.
Ordered our drinks (gotta love 2-4-1 ers), ordered our appetizer (the cheese fries, since the bloomin' onion blooms all night long!), and just before our appy came, ordered our dinner. I had the prime rib, though I usually get the porterhouse. Well, later on, finishing up our appetizer, heard one of those big crashes you always hear at any restaurant you go to. Someone dropped some dishes, and of course you gotta make jokes about that and laugh, it's just too damn funny!

Until you find out that it was your dinner! Then it's still funny, because what the hell, it's still happy hour...

1)Three Blind Mice by Ed McBain: Calusa, Florida, where rape, murder (it's just a shout away) come together with Vietnamese & tennis pros. First one of his I've ever read; enjoyed it quite a lot - looking to read more of this Florida ones.

2)Rolling Stone Album Guide by the Editors,R.S.Magazine: Pretty much what it sounds like, but with big gaps of even well known bands. And some of the ratings were off-the-wall;eg:Thick As A Brick the worst Tull album? I think not!

3)Seventy-Seven Clocks by Christopher Fowler: Detectives Bryant & May chase down a Victorian secret society wreaking havoc in modern London. Not bad, but not enough to make me look for anything else he's done.

6)The Wind Done Gone by Alice Randall: Gone With The Wind and beyond from a slave girls point of view. Not my usual stuff, but picked it up at Dollar Tree, and it was quite interesting, especially the parts that directly related to events & people from the original.

Did you know...the Transport Safety Agency confiscates an average of 30,000 lighters daily at airports.

Now you know where those flea market lighters come from...

Did you know...smut is the fungus that lives on corn kernels.

In the paper yesterday: a Dollar General store was robbed Tuesday afternoon, the latest in a series of robberies of Dollar Generals & Family Dollar stores.
Now, Phyl always has trouble remembering which is which when she wants to go to one of them, so I'm guessing...

Speaking of P.T.Barnum's birthday, my wife Phyllis grew up in P.T.Barnum's hometown, Bridgeport,CT. They had a statue of him at Seaside Park, which was originally part of Barnum's estate. If you went to this cemetary that we used to live near when we were first married - Tom Thumb was buried there. Including a life size statue of him on his monument. Pretty cool,actually. I remember back then the head had been stolen from the statue a number of times, but they always got it back; I guess it was supposed to be a prank.
And, they also have the Barnum Museum downtown; lot's of circus memorabilia in there. Lots of Tom Thumb stuff; his wedding carriage, clothes,etc. They used to have the pelt of Barnum's giant gorilla Konga(?), but it burned up in a fire. I think I have a picture of it somewhere.
Posted by tim 8>)... at 7:51 AM 2 comments: 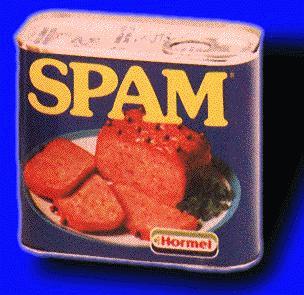 And that's the edible one, not the inbox crap. 69 years old today, sharing a birthday with P.T.Barnum & Huey Lewis.

A lot of people don't like Spam, but I do on occasion. We enjoy it fried, along with scrambled eggs.

In keeping with the high price of gas, here's an energy factoid for you:

The U.S. is spending $5.6 Billion per month in Iraq

In 4 years of U.S. energy research & development, only $6.0 Billion has been spent.

Labels: did you know?

This happened a few years back, but happened to think of it yesterday while driving past the site.
There used to be a psychic who did business on Hwy 92 between Lakeland & A'dale
here in Florida; quite well known, even had an advertising billboard. Won't give out her name, but if you're local, you know who I mean; if you're not local, it doesn't matter. Anyway, one day her house burned down...

Now wouldn't you think that being psychic
she should have known it was going to happen?
Posted by tim 8>)... at 10:04 AM 1 comment:

RECALL OR FREE FOR ALL?

Two articles in the paper yesterday, both in the business section,
on the same page, no less.
The first one talks about Publix Supemarkets recalling their chocolate
chip cookie dough.
The second one talks about Publix going to tourist spots and
giving away samples of their ice cream.
The ice cream flavor they're giving out?...why, chocolate chip cookie dough!!
Coincidence?......you decide...