Meaning the overuse of exclamation points...
who knew?

According to the late author, Elmore Leonard, "Keep your exclamation points under control. You are allowed no more than two or three per 100,000 words of prose."
Posted by tim 8>)... at 7:07 PM No comments:

Labels: did you know?, quotes

NICE JOB IF YOU CAN GET IT

Director Steven Spielberg was at number two (in earnings)with $100m (£64m).
Most of his earnings came from his back catalogue of film hits such as ET and Jurassic Park - which has just been released in 3D to mark its 20th anniversary - as well as last year's Oscar winning Lincoln.
The director also takes a cut of all ticket sales at Universal Studios theme parks.
(wow!)
Posted by tim 8>)... at 7:41 PM No comments:

Labels: did you know?, miscellany 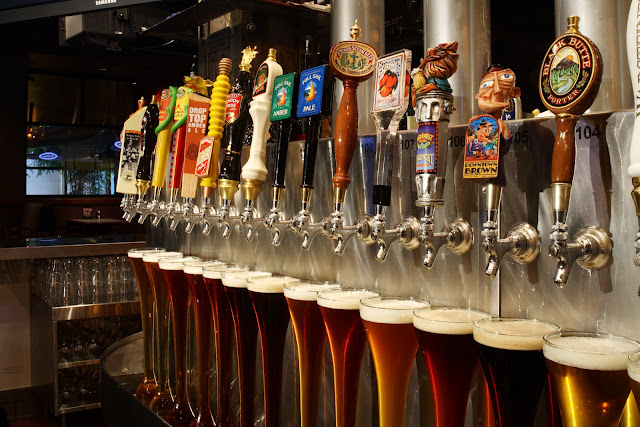 “I’VE ALWAYS BELIEVED THAT PARADISE WILL HAVE MY FAVORITE BEER ON TAP”
-Rudyard Wheatley, Author

Well, it’s definitely a great quote, but…
A)  I would need more than 1 beer on tap
B)   Not sure if this person exists, when you Google him he only seems to appear tied to this quote. Sounds more like a nom de plume made from Rudyard Kipling & Dennis Wheatley…
Posted by tim 8>)... at 6:47 PM No comments:

WILL THE REAL LEMMY PLEASE STAND UP... 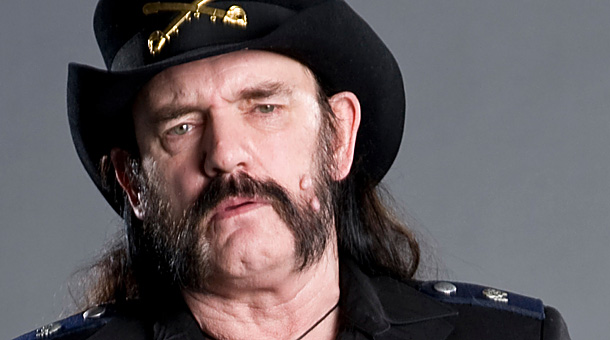 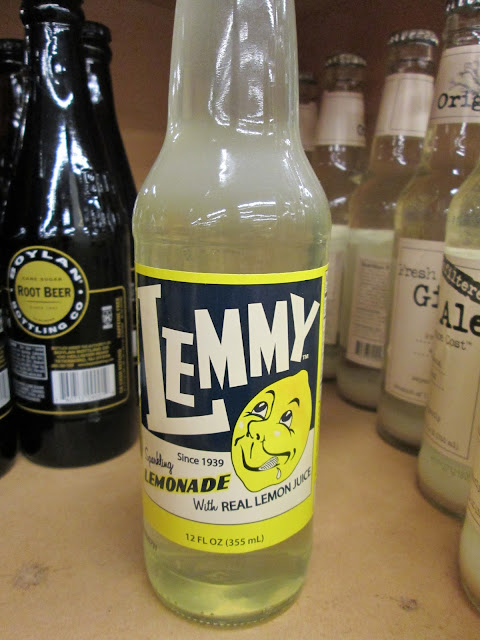 Just couldn't resist when I saw this bottle at World Market the other day...but pretty sure I couldn't drink it!
(And it's only been around 6 years longer than the real Lemmy and probably never sang Ace
Of Spades!!!
Posted by tim 8>)... at 6:48 PM No comments: 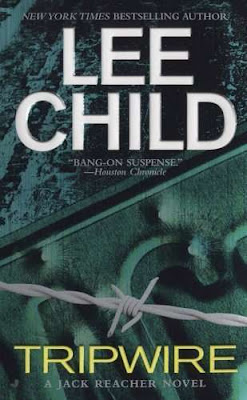 By Lee Child:
“It’s funny, isn’t it?” she said. “We’re in St Louis here and the travel section has more guides to St Louis than anyplace else. So how is that a travel section? Should be called a stay-at-home section.”
Posted by tim 8>)... at 6:49 PM No comments: 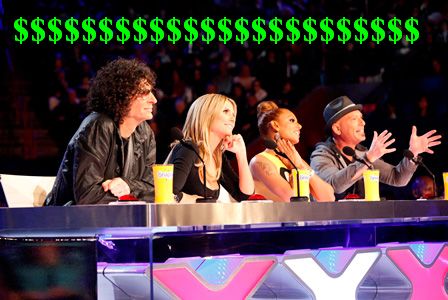 We were watching AGT last night, as we have since the show began however many years ago, and I find that the level of talent seems to get lower every year. But that’s not what this is about. I read in the TV Guide that Howard Stern makes $15 million a season for judging the show. Plus the show pays the other 3 judges some amount that must be in that general area of cash.
But, did you know that the “million $ prize” that the contestants are hoping to win is paid out in 40…yes FORTY payments of $25,000 year! Really? I’m sure that Howard, Howie, Mel B, & Heidi don’t collect their paychecks over the course of 40 years. And every once in a while someone actually asks a contestant, “What would you do if you won the million dollars?” to which the answer could rightfully be…”I’ll be dying of old age while waiting to see the last of my checks.” And just how much is $25,000 going to be worth in 10, 20 ,30 years? Instead of your last check, will they just give you a voucher for a Starbuck’s coffee? Or I guess a bottle of Snapple?
It seems to me, they could ask each judge to take $250,000 less of their untold millions and actually pay the winner at the end of the last show, it only seems fair.
Anyway, just wanted to get that off my chest, it’s bothered me for years; but until I actually found out how much Howard Stern makes it didn’t really piss me off…so, this is me pissed!
Posted by tim 8>)... at 7:41 PM No comments: 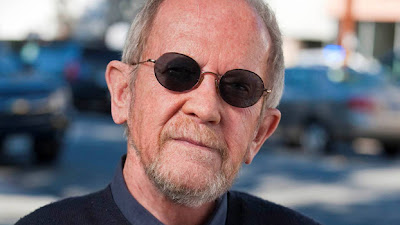 1925 - Aug.20 2013 of a stroke at the age of 87. Author of 45 books, he was working on #46. One of my current favorite authors, many of his books were made into movies (Get Shorty, Jackie Brown, among others) but apparently Elmore was less than thrilled with the way they turned out (as most people who see a movie after reading the book first will agree with).
Hopefully the last book was far enough along that someone will be able to finish it...we can only hope... 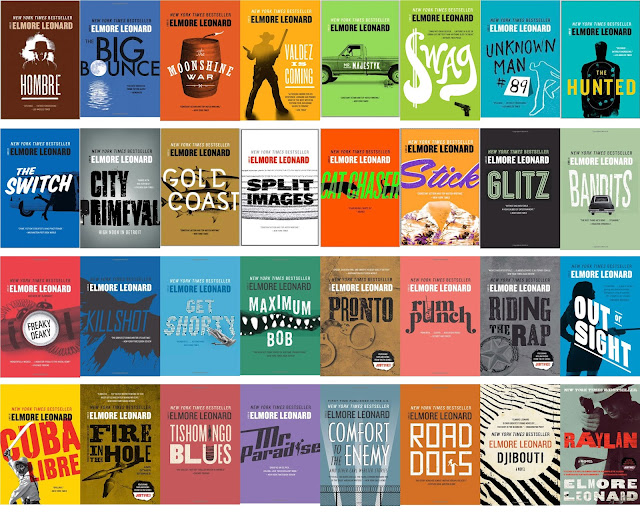 WE KNEW IT WAS THERE ALL ALONG! 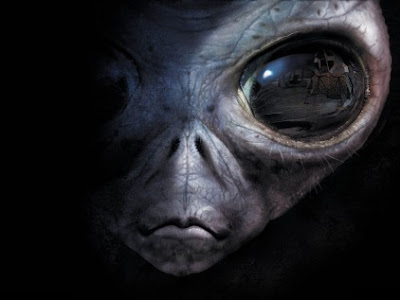 The CIA officially acknowledges the secret US test site known as Area 51 in a newly
unclassified internal history of the U-2 spy plane programme.
Posted by tim 8>)... at 7:39 PM No comments:

Labels: in the news...really, miscellany 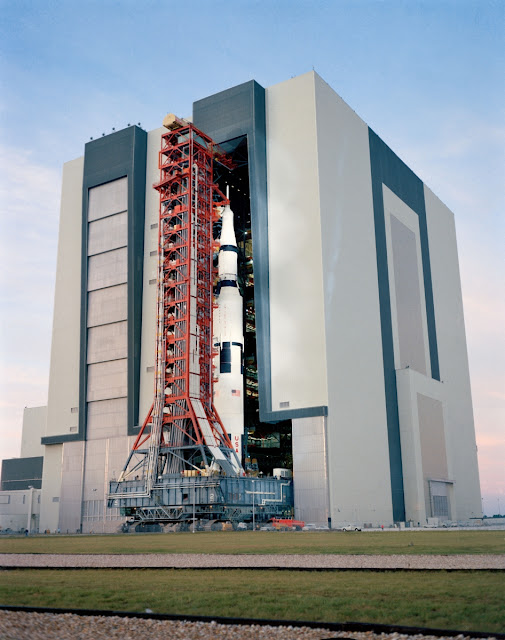 Which at one time was the world's largest room. (Don't know if it still is.) The neat thing is, if you fly into Orlando from Atlanta, you fly down the coast of Florida, and as the plane turns West to head into Orlando, you can see out the window the VAB from miles away and high in the air. Which is really pretty cool.Now I think they've divided it up inside and lease it out for different projects, but it's still damn impressive from the outside, or even from a plane. (Notice the pick-up truck at the near corner...that's how big it is!!
Posted by tim 8>)... at 7:08 PM No comments:

DID YOU KNOW...DO YOU CARE? 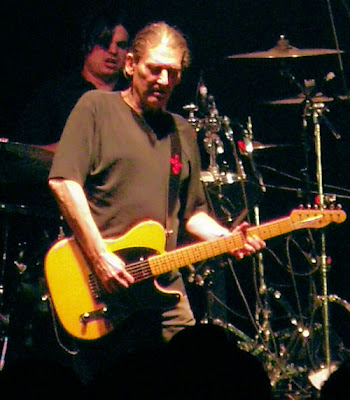 “If Tyranny and Oppression come to this land;
it will be in the guise of fighting a foreign enemy.”
Posted by tim 8>)... at 6:22 PM No comments:

“Someone at Universal Health was fond of artist David Frutko’s work. Frutko, an owner of Sebastian Thomas Gallery on Central Avenue in St. Petersburg, is known for a series of abstract paintings of venereal diseases.”

SOME OTHER TIME, MAYBE 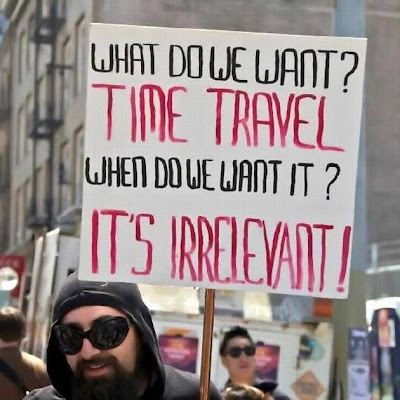 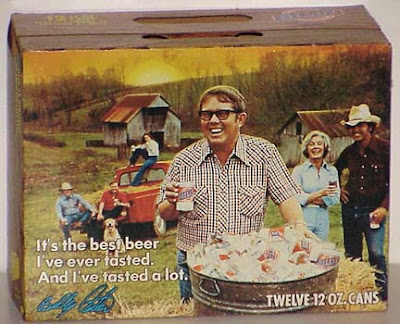 “Paintings are like beer, only beer tastes good and it’s hard to stop drinking beer.” 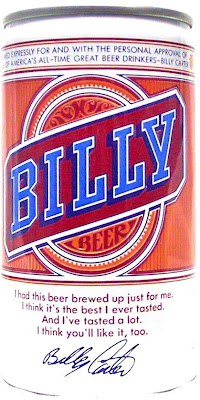 Yeah, he was a funny guy, especially for the President's brother! And the beer sucked; I actually bought a 6 pack when the beer first came out, drank one (ptui!)
and still have the other 5 cans, still full.
Posted by tim 8>)... at 6:45 PM No comments: 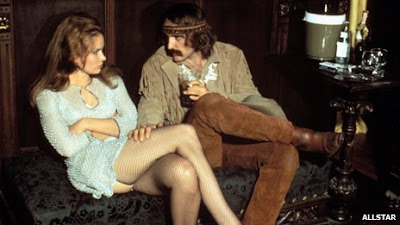 Became famous for Easy Rider & Five Easy Pieces, but my favorites were Trilogy Of Terror & Invaders From Mars remake. Sorry to see her go, but glad she won't in pain any more.
And she'll always live on in the movies she made. 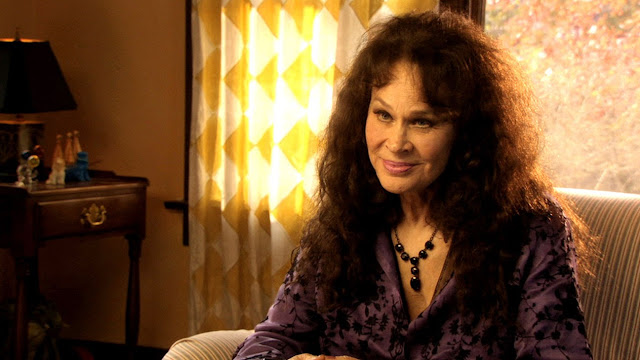 RICHIE HAVENS: FOREVER IN OUR HEARTS...

…And now forever in the soil of Woodstock.
After dying back in April, it’s now been announced that his ashes will be scattered on August 18th, the 44th anniversary of the last day of the original Woodstock Festival (that my parents wouldn’t let me go to).  A musical tribute will honor the memory of Richie Havens, who unexpectedly opened Woodstock with an almost 3 hour set which culminated in him playing Motherless Child which turned into an improvised song now known as Freedom. 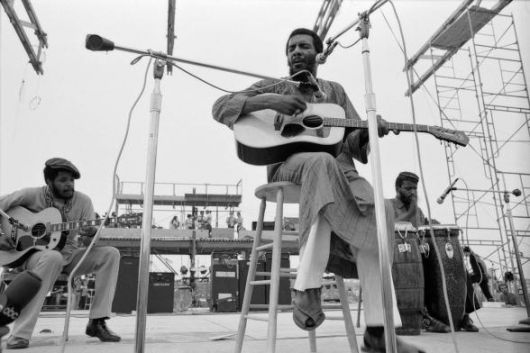 Pretty funky, eh? An interesting concept in DUI prevention, I guess, but can be startling if you drive by it...pretty ironic if it caused a traffic accident...
Posted by tim 8>)... at 7:40 PM No comments:

HOW TO BE FESTIVE?

“I’m not going to Glastonbury this year, I’m just going to pour beer on my head and lie in the back garden with my iPod playing inside a bin somewhere on the other side of the house…”.